Главная Economy How many have lost investors Deripaska 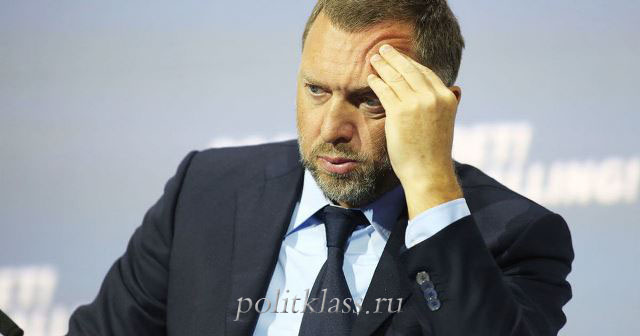 On the eve of may 29, the official website of Oleg Deripaska published a report of the us Treasury, indicating the reasons that served as the basis for the introduction of sanctions against the businessman in April 2018. This report was received by the entrepreneur's lawyers during the trial in the United States.

The reasons for the imposition of sanctions

The report States that before the imposition of sanctions, the us authorities have studied information from different sources:

The first reason – allegedly Oleg Deripaska acted "in interests of the President of the Russian Federation Vladimir Putin".

The second reason is the businessman "works in the energy sector of Russia".

Deripaska himself on his page in Instagram said that the report of the us Treasury "carelessly prepared" and "contains slander and speculation." The businessman added that for the imposition of sanctions, the us Treasury had no facts and evidence, but only "the desire to destroy my life and the lives of hundreds of thousands of people who invested in the companies I founded."

Oleg Deripaska on his website estimated the amount of losses incurred by investors who invested in his company (UC Rusal (RUAL), En+ (ENPLDR) and the GAZ group), in more than $15 billion His personal losses Deripaska previously estimated at $7.5 billion, which is approximately 81% of his fortune. Thus, it turns out that the state of one of the richest businessmen in Russia decreased by about 5 times – this was previously written by RBC.

Recall that sanctions against Oleg Deripaska were introduced in April 2018. Under the sanctions were companies that controlled the businessman, primarily En+. After the sanctions, Deripaska reduced its stake in the company to 44.95%. On January 27, the US authorities removed restrictive measures from the company EP+.

In March 2019, Deripaska filed a lawsuit against the us Treasury Department and its head Steven Mnuchin. In the lawsuit, the entrepreneur pointed out that "he was the last victim of the US political struggle with Russia because of the alleged Russian interference in the us presidential elections in 2018."