Главная Economy Who will be hit by new sanctions 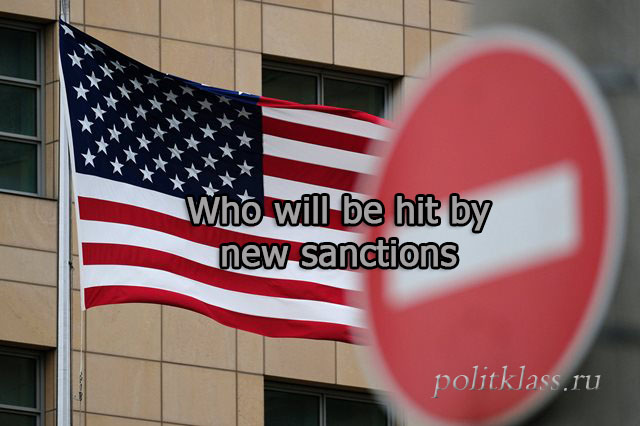 February 19. Us senators introduced a new bill "on protection of American security from Kremlin aggression". The probability of adoption of this law is quite high, but the proposed measures are not so tough.

The sanctions pause is over, the new Congress, convened in January 2019, introduced a bill that changes the status quo and provides for the introduction of new sanctions against Russia and Vladimir Putin. This is the first sanctions initiative of the new Congress. The senators proposed to impose restrictions on Russian banks, Russian energy projects, the Russian shipbuilding industry, as well as a ban on investment in Russia's sovereign debt.

Many experts agree that in General, Russia has adapted to the sanctions, the government is not afraid of losing foreign investors and is ready to support the banking sector if necessary. Last week, Moody's rating Agency indirectly confirmed this position, raising Russia's credit rating to investment level. In making this decision, Moody's took into account that, most likely, additional sanctions will be taken against Russia. But this did not prevent to increase the credit rating of the country.

At the same time, before the announcement of the bill on additional sanctions, Morgan Stanley warned that the market has become too careless about possible sanctions against Russia. Analysts of the Bank recommended selling rubles and shares of Russian companies to insure themselves against a possible new round of sanctions.

In the first month of 2019, the ruble strengthened by 3.9% (this is the second result among all currencies of developing countries. In the first place - Chilean peso). However, on February 14, the Russian ruble fell by 0.8% to 67.07 rubles per dollar. "The fear of sanctions has returned to the market again," Alfa-Bank analysts commented on the situation.

What sanctions are planned

The bill proposed by the senators to protect American security from the Kremlin's aggression (DASCA 2.0) is an updated version of the draft proposed in August 2018. That version of the experts called " Sanctions from hell." It led to the fall of the ruble by 10%.

Areas to be affected

The bill provides for the introduction of sanctions against:

Unauthorized provisions were set out in the previous version of the bill, they relate to:

Currently, there is no official text of the bill, there is only a press release of senators with General phrases. It is not yet possible to say how serious the sanctions will be.

Probability of adoption of the bill

Analysts at Alfa-Bank believe that there is a possibility that the bill will be rejected. Iti Capital analysts tend to believe that this bill will not be adopted in full. Reuters believes that, compared to the previous version, the new version of the bill has more chances to pass, as more and more senators want to give a tough rebuff to Moscow, but it is unlikely that the bill will pass the Senate, as the leader of the Republican majority in the Senate Mitch McConnell said he would not promote bills that are not supported by us President Donald trump. Even if the bill passes the Senate, it will have to be signed by Donald trump.

However, the chances of adoption of this bill are supported by several factors:

In addition, as noted by a former senior adviser to the office for foreign assets control of the U.S. Treasury Brian O'toole, the bill contains a number of provisions not related to the sanctions that can appeal to both Democrats and Republicans, for example, the requirement for insurance companies to disclose information about individuals – beneficiaries for purchases of expensive real estate in the United States, the paragraph concerning the support of NATO, the paragraph relating to the preparation of the report on the assets of Vladimir Putin.

Why the new round of sanctions is not so terrible

Most likely, the macroeconomic effect of the sanctions will not be as large as expected. Thus, the sanctions related to the state debt of Russia have already been partially implemented: the share of foreign investors among the holders of the Russian state debt has significantly decreased (from 34.5% to less than 25% of the OFZ).

According to the public investment strategist iti Capital Iskander Lutsk, the most effective tool of the proposed may be a restriction on the acquisition of Russian OFZ in the primary market. These sanctions will affect all Russian assets, including the ruble, which may fall to 72 rubles per dollar. However, according to experts of ITI Capital, then the situation stabilizes. Therefore, potential restrictions on Russian OFZs are a symbolic step.