June 15th. On the eve of the Prime Minister Dmitry Medvedev announced the upcoming changes in the pension legislation, namely the increase in the retirement age. Women will retire at the age of 63 and men at the age of 65 instead of the current 55 and 60.

As the Prime Minister said, the pension reform was delayed too long. The first discussions on this topic began in 2013. At that point, however, the government decided that the time for this reform had not yet come. Apparently, according to the government, the "convenient" moment came immediately after the presidential election and at the start of a new six-year term of the head of state.

The speed of decision-making

In connection with the development of the crisis in the country, the government needs to act quickly. The government is faced with the task of reducing transfers from the Federal budget to the Pension Fund of the Russian Federation in the conditions of natural population decline.

According to various data, the number of Russians is reduced by 100 – 150 thousand people a year, in the long term this figure will be even higher. It is no secret that due to the migration of the population, the decline is not compensated. The influx of migrant workers is not proportional to the growth of contributions to the Pension Fund due to the lack of transparent employment of most of these citizens.

Thus, there is a significant decrease in the ratio of the working population to the number of pensioners. If in the 1930s this figure was 1 to 8, now it is 1 to 4. According to Rosstat, the ratio of pensions to wages is also decreasing, currently this figure is about 32%. This is the minimum value since 2010. For comparison, in 2011 – 2012, this figure was 35-36%.

The proposed option of raising the retirement age is hardly gradual. For a generation in the age of a little over 40 years and for those who are younger, the increase will be a shock – a sharp and one-time. For women in this category, the retirement age will be increased by 8 years.

However, the reform will not affect about 30% of the privileged categories of citizens entitled to early retirement.

The question of where to work in 60 years, you can hang in the air, the deputies do not give an answer. Many words have been said about age-related professional discrimination. It is obvious that state protection mechanisms should be involved, for example, the ban on dismissal 2-3 years before retirement.

However, in the Russian reality, there are many examples when such citizens are transferred to half or even a third of the rate. Even if you have a job about any acceptable earnings can be forgotten. In addition, Russians will take jobs that are analogous to low-paid starting positions, which usually come to University graduates and interns.

Disabled citizens of pre-retirement age will go to the labor exchange for legal unemployment benefits. Since most likely to employ such citizens will not work, the budget will have to pay matpomosch. Thus, if not from the budget of the Pension Fund, so from another state source of funds will still be spent.

Due to the fact that the annual income of people of pre-retirement age will decline, the basis for the calculation of future pensions will deteriorate.

How much the government will save 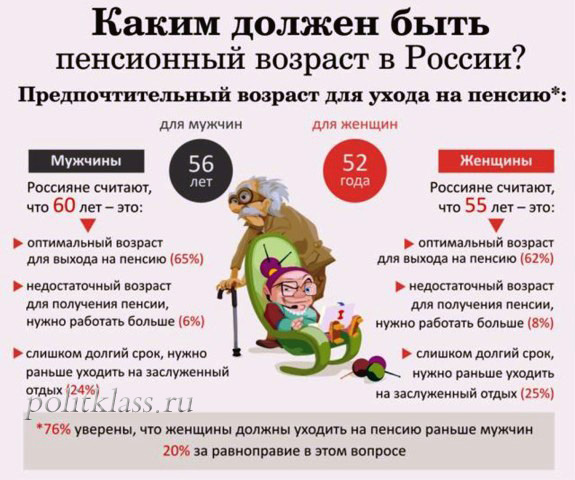 Provided that all citizens begin to retire on old age, the number of pensioners at the beginning of 2018 was:

The difference between these figures is about 14 million people (about 37%). The average pension in 2018 is 14,100 rubles. Thus, after 8 years, the proposed reform without inflation will save 197 billion rubles.per month. In the year, the savings could be 2.2 trillion rubles. (about 2% of GDP). For better understanding, in 2018, the entire planned budget of the FIU was 8.3 trillion rubles.

In figures, the budget savings on pension spending looks tangible, which promises a significant economic effect of this reform. However, much will depend on the further implementation of the stages of pension reform. What are they? Nobody knows yet. 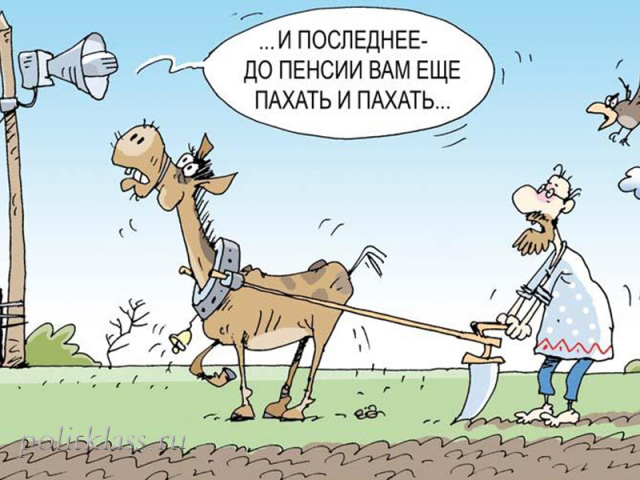 And you agree with the government that raising the retirement age is a good idea. Especially in the current environment. Write your opinion in the comments.