Главная Economy A sharp drop in the capitalization suffered Twitter 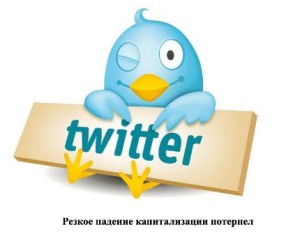 The loss of capitalization was due to a decline in the rate of growth of the audience. Compared to the last quarter of 2012, the growth rate of the audience has dropped by half.

Shares of Twitter at the auction ofnew York stock exchange fell by 17.9%. The cost of one paper is now equal to $54.16 per. Capitalization fell by $6.43 billion. Paper began to be sold after the publication of the financial report for the last quarter and for 2013.

Dick Costolo (CEO of Twitter) said that 2013 was the company great, and the fourth quarter was the strongest. The company's losses, in large masses, associated with the payment options and bonuses to employees.

However, more financial results have disappointed investors. Their disappointing user growth rate. Compared to the last quarter of 2012 the growth of the audience fell almost by half (from 6.4% to 3.8%).

A well-known analyst Brian Wieser commented on this situation: "the Fall of the shares of Twitter has brought the investor expectation to reality."