Главная Society & Culture SMS spam: how to deal with it 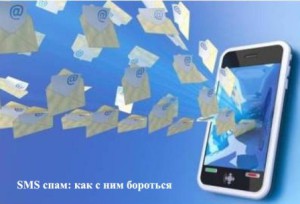 19 of April. The government of the Russian Federation has considered in the first reading the bill aimed at combating Mespom. The second reading of the proposed document be revised taking into account the comments made. The document was prepared and submitted for consideration the State Duma a group of deputies, including Deputy speaker of the lower house of Parliament Sergei Zheleznyak.

According to the document, which was proposed for consideration by the state Duma in the Federal law "On communications" will be amended, introducing a new concept and criteria for the distribution of short text or other non-voice messages. The criteria will include: mass, automatic, etc.

Ruslan Gattarov (one of the authors of the initiative) explained that the bill provides for three methods of fighting spam. First, the mobile operators have the right to ignore spam (recall that this right now they do not have). Secondly, the bill permits only those Messily to which the subscriber agreed. Third, create a feedback mechanism, now any subscriber that has received an unwanted spam message, you may contact your service provider to block delivery of messages from this number.

Currently Mespam suffer from almost all cellular subscribers. A short message advertising received on mobile phones regularly. Recently, the company ESET antivirus conducted question, the results of which revealed that from SMS spam affects about 76% of all mobile phone users. Of these, 65% received short messages, 2% calls advertising 9% - and the messages and calls. All of this suggests that the problem exists and it needs to be addressed.