Главная Migration E-visas and the obligation to “monitor” foreigners

September 06th. July 2018 was very busy in terms of changes in the legislation regarding foreign citizens. Three pieces of legislation relating to migration have been amended.

On the one hand, these amendments toughened the responsibility of those who decided to make money on visitors. From the legislative point of view, there is nothing illegal in this: someone must organize the arrival of foreign citizens, their arrangement and legal and safe return home. But the RUB is in the legality and well-being of such a return.

The amendments require that stated when the entrance objective is consistent with actual activities, as well as the stated address, where visiting foreign nationals planning to live. And now not only foreign citizens, but also those who invited them should be responsible for this.

Thus, if a foreign citizen indicated in the migration card the purpose of the visit "tourist", and he got a job, you will be asked not only from the foreigner, but also from whose invitation he arrived.

Our police are protecting us…

Currently, foreign citizens who violated the conditions of stay in Russia are forced to deal directly with the police. It is the employees of the Ministry of internal Affairs of the Russian Federation who identify violations related to migration legislation (for example, mismatch of the purpose of the visit of the actual activity, lack of registration, etc.).

Employees of the Ministry of internal Affairs also determine the scheme of expulsion or deportation of the offender and interact with the Federal Executive authorities. Previously, these issues were dealt with by the Federal migration service.

However, after the modernization of the FMS and the emergence of a new body – the Main Directorate for migration, which was headed by police major General Olga Kirillova, the control procedure was immediately simplified-the bureaucratic scheme of numerous approvals disappeared, which inevitably turned into a corruption chain. Previously, if offenders could "negotiate" agreed, no – the police were called. Now "to agree" became much more difficult. 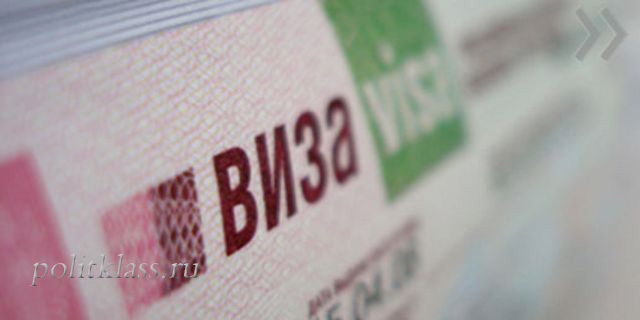 At the same time, law-abiding foreign nationals changes made life easier, now they can apply for ordinary business, tourist and humanitarian visas in the form of electronic documents for entry to Russia via air checkpoints across the State border of the Russian Federation located on the territory of the far Eastern Federal district.

However, foreigners liked to take this detachable part of the notice with them when leaving, as the border service officers demanded them to "establish the legality of the stay of foreigners in Russia" (by the way, without legal basis). In this regard, there was a delusional situation, which caused the imposition of multimillion-dollar fines on many companies, which led to the abolition of this item. This obligation was cancelled (15 February 2011).

However legislators judged differently and entered the document "the Notice of departure of the foreign citizen from the place of stay". The receiving party must complete this notice. Notification is submitted by the receiving party:

For failure by the host party to fulfill the obligations related to the implementation of migration registration of foreign citizens entails administrative responsibility, according to part 4 of article 18.9 of the administrative Code (for legal entities the amount of the fine is from 400 to 500 thousand rubles).

However, the Law does not provide a clear answer to the question of what is meant by the departure of an alien from the place of residence. Perhaps the answer will be given in the order of the Ministry of internal Affairs, otherwise the notification will have to be submitted at each actual absence of a foreign citizen in the premises provided to him.