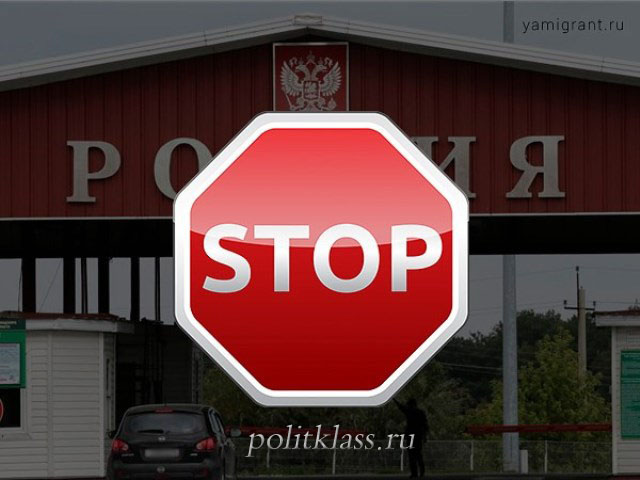 Under administrative exclusion for limits of the country refers to the forced transfer of the foreign citizen or stateless person outside the country. As a rule, a person leaves the country independently, under the control of the migration service.

To quickly navigate through the article, you can use the navigation:

What is the difference between readmission, deportation and expulsion

The order of expulsion

The term of the expulsion

The abolition of administrative expulsion

Appeal against an administrative expulsion order

How to check for expulsion

Where a foreign citizen should apply for expulsion

What is the difference between readmission, deportation and expulsion 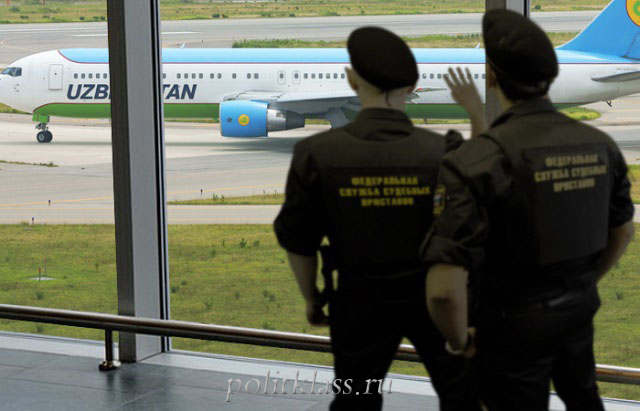 At first glance, all of these concepts are similar, as a result of each foreign citizen is outside the country, but in fact, it is a completely different procedure, decisions on which are taken by different structures.

Difference between deportation and administrative expulsion

In this case, the reasons for the implementation of these procedures and the process itself are different.

So the first difference is who makes the decision.

Than readmission is different from the administrative expulsion

First, readmission, unlike expulsion, is not an administrative penalty for an offence.

Readmission – a procedure in which a foreign state takes back its citizen who was illegally in the territory of another country. Readmission is one of the mechanisms to combat illegal migration. One of the key conditions of readmission is the preservation and protection of the rights and interests of citizens undergoing this procedure.

The decision on readmission is authorized to be made by the migration service. This decision cannot be appealed.

There are 2 types of administrative expulsion – voluntary and compulsory.

The order of expulsion 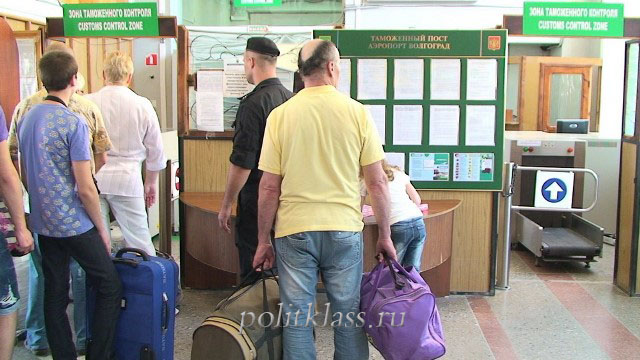 The procedure depends on the type of expulsion (voluntary or compulsory).

In the first case, a foreign citizen receives a court decision on expulsion, after which he / she crosses the border of Russia within 5 days. The fact of crossing the border is fixed by the employees of the Ministry of internal Affairs.

In the second case, a foreign citizen is accompanied to the border by an employee of the migration service. This measure is applied in case of repeated violations of the law, when the foreigner does not want to leave the country on his / her own, or cannot cross the border on financial grounds. In this case, the costs of expulsion are borne by the migration authority or the Embassy of the state from which the person came to Russia.

How is the removal

The court makes a decision on an administrative offense. The Decree specifies the transgression and punishment in the form of expulsion outside the country with payment of the fine.

10 days after the issuance of the Order, the decision of the court on expulsion shall enter into force.

The decision is enforced either by the border services or the interior Ministry. This is formalized by a unilateral or bilateral act, which is attached to the Resolution.

The term of the expulsion

This procedure is carried out within 5 days from the date of receipt by the foreign citizen of the court decision on expulsion. 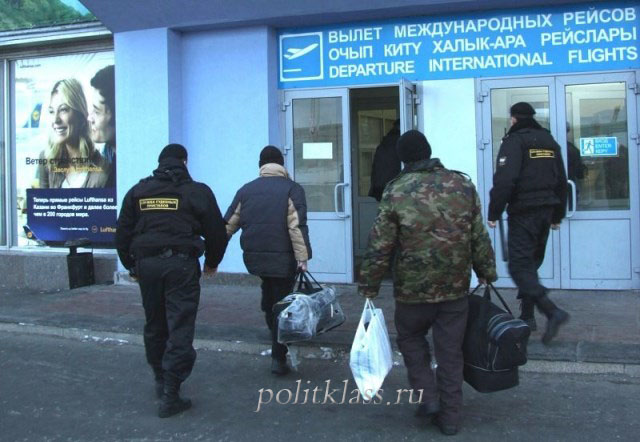 To administrative responsibility with the subsequent removal attract in the following cases: 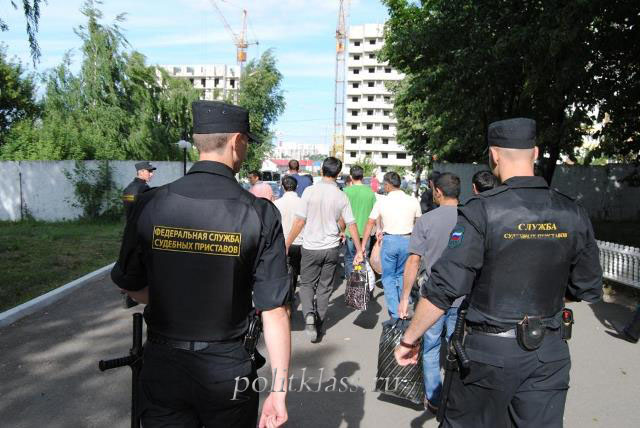 After expulsion from the country, a foreign citizen can get a ban on entry from a number of departments (the MINISTRY of internal Affairs, FSB, Ministry of justice).

Either a complete ban on entry or a Resolution on the undesirability of this foreign citizen's stay in the territory of the Russian Federation may be issued.

There can be many reasons for one of the above solutions. Basically it is the consequences of violations of the law.

Some of the possible reasons:

The protection of the rights and interests of foreign minors is not enshrined in Russian legislation. This is due to the fact that a minor foreign citizen is not considered as a separate subject of law. Therefore, a child who has arrived on the territory of Russia with his parents or legal representatives is considered by law as a family member of the expelled citizen and follows him.

The abolition of administrative expulsion

It is possible to appeal against the expulsion Order only in court. The best way is to declare the existence of special circumstances or to request the non-application of such a penalty on the first day of the trial.

If the court has already issued a Decision, it is necessary to file an appeal to a higher court.

The appeal period is 10 days. If the complaint is filed correctly, the foreign citizen may not leave the territory of the Russian Federation during this period.

The removal Order may be revoked in the following cases:

Appeal against an administrative expulsion order 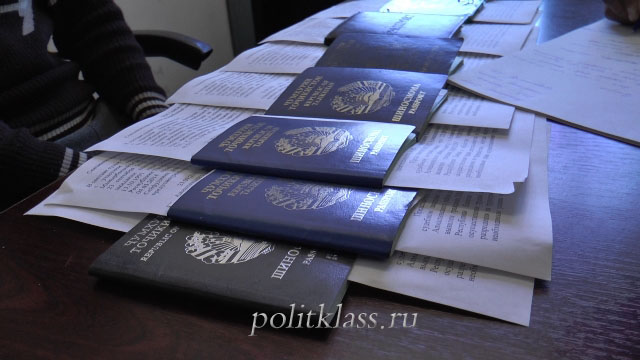 As mentioned above, an appeal against an expulsion Order may be lodged within 10 days of the issuance of the Order.

The application includes details of the contested decision, describes the details of the committed violations and shall specify the arguments in favor of the abolition of administrative expulsion, supported by documentary evidence (e.g. copy of marriage certificate, a certificate from the University (if studying), and other documents, testifying in favor of reversing the Decision).

All attached documents must be notarized. Documents in a foreign language must be translated in the prescribed manner.

If the court refused the appeal, the foreign citizen is obliged to leave the territory of Russia within 15 days from the date of the decision.

Download a sample appeal against the Decision on administrative expulsion can be link. 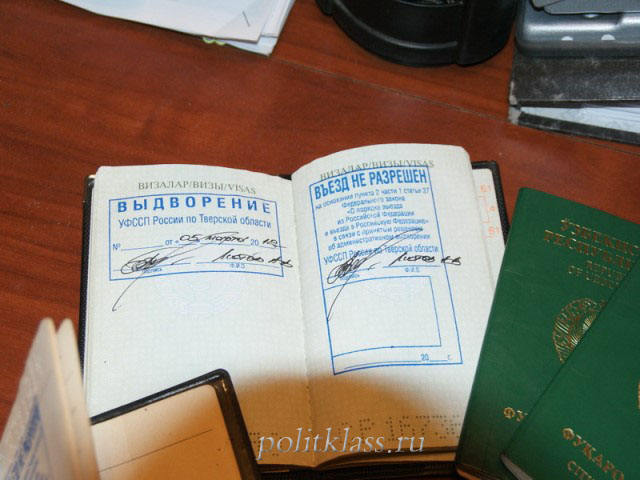 Administrative expulsion has a number of serious consequences for an alien, up to a ban on entry for a period of 3 to 10 years.

If a foreigner has received a ban on entry for a period of 5 to 10 years, then in the future he will not be able to apply for citizenship of the Russian Federation, a residence permit and a temporary residence permit.

A ban on entry for a period of 3 years is usually imposed in case of violation of the terms of stay in the country for less than 4 months, as well as for an administrative offense with prosecution under the administrative Code 2 or more times within 1 year.

The ban on entry for a period of 5 years can be varied, for example: 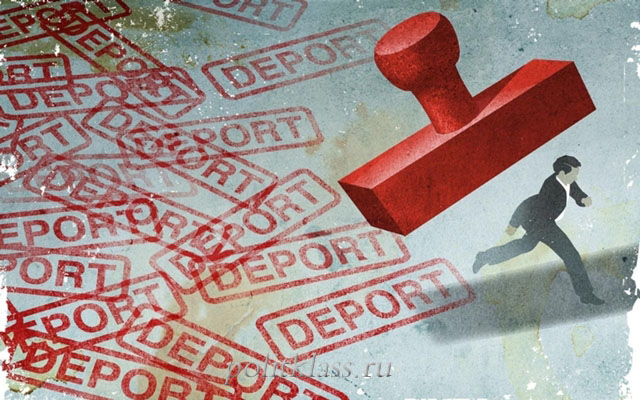 Amnesty implies the abolition of responsibility for misconduct in the territory of the Russian Federation. The Amnesty also removes restrictions imposed on migrants in the form of deportation and prohibition of entry.

Amnesty – a bill or by-law, which is formed by the competent authorities (the interior Ministry or the state Duma). For example, since the beginning of 2019, there is another Amnesty aimed at persons who violated Art. 27 of the Federal law on the rules of entry and stay in the territory of the Russian Federation.

You can find out about the current amnesties on the official websites of the agencies.

How to check for expulsion

To learn about the availability of deportation from Russia in the territorial body GUVM of the interior Ministry of the Russian Federation or on the official website of the Ministry of interior.

Important! The information on the website regarding deportation, expulsion and prohibition of entry is for informational purposes only. It is much more reliable to obtain information from the local Department of the interior.

To obtain information through the site you will need:

Mandatory fields are marked with an asterisk. Once the required fields are filled in, you should fill in the verification code and click on "submit request".

Where a foreign citizen should apply for expulsion 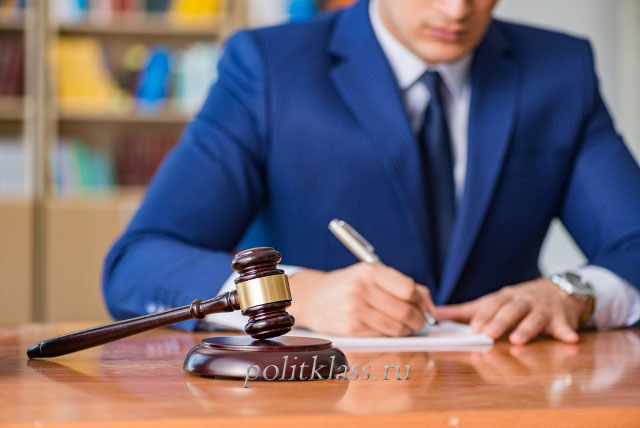 If you are ordered to be expelled or the case is still under consideration – do not hesitate to immediately contact a migration lawyer.

Important! Remember, time works against you. A limited number of days are allowed to appeal the Decision. Within the prescribed period, it is necessary not only to prepare and file a complaint, but also to collect documents that will justify the complaint and prove to the court that you can not be expelled.

So do not hesitate to contact a lawyer, get professional advice and start acting on the agreed plan with a lawyer.

If you need urgent assistance in removal from the Russian Federation, please write to our lawyer through the form "Leave a comment". He will consult you absolutely free of charge, answer questions about the expulsion and tell you what to do first.