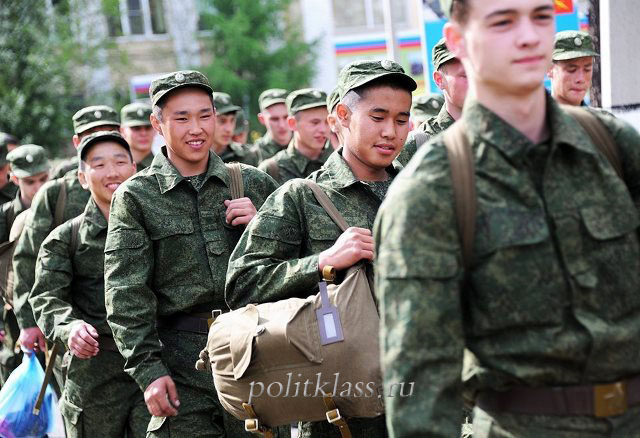 At the end of may, the President of the Russian Federation Vladimir Putin signed a law that establishes restrictions on the conclusion of a contract for military service in the Russian army for foreign citizens.

Previously, foreign citizens aged 18 to 30 years, staying in Russia legally, could serve under the contract in the ranks of the Russian army without any restrictions, that is, the contract could be extended an unlimited number of times.

After the law comes into force, foreigners will be able to sign a contract for service in the Russian army only once.

There are no restrictions for citizens of the Russian Federation, that is, the contract can be extended an unlimited number of times.

Important! The right of foreign citizens to serve in the Russian army was established in 2003. At the same time, concluding the contract, foreigners do not swear allegiance to Russia, but undertake to comply with the Constitution of the Russian Federation, military regulations and strictly follow the orders of the commander.

Any questions? Write them in the comments, our experts will answer you soon.