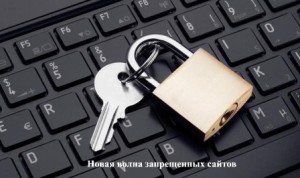 13 of March 2014, Roskomnadzor reported entered in the register of prohibited information additions. In this register were the websites: the Verge.ru, Daily journal, Kasparov.Roux, and the blog of Alexei Navalny on LiveJournal.

According to Roskomnadzor these online resources contain calls for participation in mass events conducted in violation of the established rules and illegal activity. Entering the data of Internet resources in the registry was made at the request of the Prosecutor General.

Navalny's blog was banned on the grounds that it violates the provisions of the court decision against Alexei Navalny on election of a measure of restraint in connection with excitation against it criminal case.

During the day LiveJournal needs to make a decision about measures to restrict access to the blog of Alexei Navalny. This was announced Sofya Ivanova, PR - Director of "Afisha-Rambler-SUP".

Internet – newspaper "Grani.ru" leaves daily from the end of 2000. In Facebook this newspaper has its own page on which it is positioned as "a newspaper for free people." Among the authors of this newspaper are famous figures, such as Lev Rubinstein, Valeria Novodvorskaya and others. The chief editor of the online publication is Vladimir Korsunsky. General project Director Yulia Berezovskaya. Vladimir Korsunsky and Yulia Berezovskaya are the owners of this publication.

"The verge.ru" LLC was established Flavus. This project is monetized through advertising, American grant and sponsorship contributions.