Главная Analytics What assets will make a profit in 2018

March 16. How to behave to investors in the conditions of changing monetary policy and recovery of prices for raw materials? What to earn and where to invest capital? In these matters decided to find out the correspondent of the publication "the Political class".

2017 has pleased investors in Russian bonds, the yield on which reached 16% per annum. In 2018, due to the monetary policy of the world's Central banks, the profitability of this type of investment will be lower, but shareholders can win. This opinion is shared by analysts interviewed by correspondents of the"Political class". In many ways, this will contribute to the price of Brent crude, which since mid-2017 rose to $64.3 per barrel (27%). This year, the positive dynamics may continue, which increases the attractiveness of commodity companies.

The stock market in Russia in 2018 will move the price of Brent crude oil, from which experts expect growth. "High oil prices-we expect an increase in the cost of the barrel of Brent crude above $60-will help the capitalization of oil companies," - predicts the analyst of "Alfa-Capital" Artem Kopylov.

Arbat Capital managing Director Alexey Golubovich believes that the $70 per barrel mark is a ceiling above which one can only take a more serious geopolitical risk, for example, if the political situation in Iran deteriorates and sanctions against it are imposed by the United States. In addition, the analyst notes that there is a low probability of prolonging the OPEC+ transaction and increasing the activity of shale oil producers in the United States.

Based on the above, Arbat Capital's forecast for 2018 on Brent crude oil prices is $55 - 75, and it is expected that in the first half of the year the price will fluctuate around $55, and in the second half there will be a smooth return to $65 and above.

In favor of return on shares will play and lower rates in the economy. The expert of FG "BCS" Ivan Kopeikin believes that shares are the most promising class of assets in the near future, adding that due to the continuing fall in interest rates, it is possible to hope for the effect of migration of investors from other instruments to dividend securities. Experts of FG " BKS " expect growth of the Russian stock market in 2018 by 15 – 18%.

Among the most interesting shares, experts distinguish the shares of the oil and gas sector, in particular: Rosneft and LUKOIL. In our opinion, the most attractive company in this sector is LUKOIL, which provides stable dividends. "Shares of "Rosneft", in turn benefit from the growth of oil prices higher than other companies," - said Kopylov.

From the non-primary sector Kopylov recommends shares "Yandex", as the company is actively developing, in particular, creates a promising project together with Sberbank and Uber.

The most reliable type of investment – Federal loan bonds – in 2018 will bring less profit than in 2017. Currently, the yield of ten – year bonds of the Federal loan (OFZ) is 7.4% per annum, which is comparable to the key rate of the Central Bank-7.5%. As has noted analyst UK "the alpha-the Capital" Artem Kopylov: "This reduces the likelihood of rising prices for bonds comparable to the 2017 year". He noted that in General, the yield of Russian bonds will be lower than in 2017.

Analysts IK "Veles the Capital" believe that the leaders in terms of yield are medium-term bonds. "When buying bonds with maturity in 4-6 years, the total income will be from 8.5 to 9 percent per annum. The greatest income, despite the smaller duration, will bring a series of 25083-about 9% per annum, " the strategy of the debt market of companies for 2018. Among the long-term bonds analysts of "Veles Capital" prefer the new ten-year issue 26212, the total income of which will be 10.3% per annum. 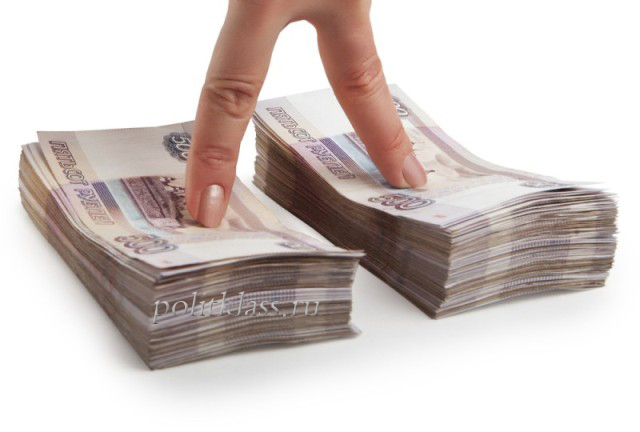 In 2018, deposits will continue to work as a tool to preserve capital, not to accumulate it. The reduction of the key interest rate of the Central Bank of the Russian Federation made them not the most profitable tool for investment.

"At the end of 2017, inflation was below expectations, the key rate is more likely to continue to decline. Accordingly, rates on deposits in rubles still have the potential to decrease", - explained the expert of FG "BKS" Ivan Kopeikin. According to him, by the end of 2018, the rate on deposits may drop to 5 – 6%. "It is likely that it will be more profitable to buy OFZ, especially if due to sanctions the state will have to offer investors an increased percentage," -said Alexey Golubovich, advising to look for dollar deposits at a rate of about 2%.

Ivan Kopeikin recalls that deposits are a good option for the liquid part of the investment portfolio and for a personal reserve Fund, which ideally should have a volume of 3 to 6 months of income.

Recently, investments in the currency are not so popular due to the relatively "quiet" dynamics of the ruble. "We would recommend staying in ruble assets, as Russia's economy is gradually growing and inflation is slowing down," Artem Kopylov recommends. Experts of FG " BCS " predicts the exchange rate of the ruble against the dollar and the Euro in 2018 at the level of 57 – 59 rubles per dollar and 68 – 70 rubles per Euro at the price of Brent oil $65 per barrel.

In the dollar / Euro pair, the dollar will win. According to Vladimir Evstifeev, head of the analytical Department of Zenit Bank, the monetary policy of the Federal reserve and the European Central Bank is directed in different directions: normalization of monetary policy is in full swing in the US, and gradual withdrawal of quantitative incentives in the Eurozone. As noted by Evstifeev, "investors look for safe haven with higher income, so this situation is positive for the dollar."

Arbat Capital experts predict the Euro exchange rate in the range of $1.15 – 1.3 depending on the differences in the monetary policy of the fed and the ECB. As the managing Director of Arbat Capital Alexey Golubovich noted,"there is a slightly higher chance of a weaker Euro in the first half of 2018, and a stronger one in the second".

"In terms of the devaluation of the ruble gold is a good asset to balance the risks the only drawback of this tool investment is a negative rate of return from storage associated with the need to pay for storage and not receive the coupon or the interest on the Deposit, as in the case of cash" - said Golubovich.

Alexey Golubovich recommends buying gold at the price of $1,250-1,300 per ounce and keeping it up to $1,500 at the end of the year. Artem Kopylov advises to use precious metals as insurance against shocks to the economy. "We recommend keeping about 15% of the portfolio in gold and silver," the expert said.

The managing Director of Arbat Capital Alexey Golubovich does not exclude that the bitcoin rate may drop to $5000 – 6000, but not lower, as the costs of mining one cue ball already reach $2000. In the first half of 2018, it is unlikely that the exchange rate of the cryptocurrency will increase to $20 000 – 25 000, concluded expert.

At the same time, the ICO market and blockchain technology will continue to be a "hot topic", but you need to play it very carefully – all the interviewed experts came to this opinion. "It is better for an unprepared investor to stay away from this market, where the rights are not protected in any way, and the share of fraudulent transactions is high," Golubovich concluded.