06 April. How low requirements to the quality of life for Russians and the lack of innovative technologies hinder the development and prosperity of the country.

It would be nice if the Russian economy grew in China, at least by 6.5% per year. But, unfortunately, there will be no such success. However, according to experts, the natural rate of GDP growth in Russia will be about 1.5-2%, but not more than 2.5%. It is to these 2 - 2.5% per year and the Russian economy will grow in the coming years.

In order to understand where these figures come from, one should remember how the economy works and grows. The economy has two catalysts: technological innovation and the human factor.

Technological innovations lead to an increase in labor productivity in the sectors of the economy or bring to the market new benefits that consumers need. The emergence of new demand and the growth of efficiency of innovative enterprises give the owners of new technologies money to earn - this leads to the fact that among the universal equality there are zones of higher incomes and, accordingly, a higher quality of life.

When the gap becomes too significant, among those who do not own technology, irritation and bewilderment begin to accumulate: "Why does someone grow richer, and not me?".

There are 2 ways to eliminate inequality: to earn it by yourself or to take away and share the benefits earned by someone. You can earn money by yourself, but only when the technologies underlying the technological breakthrough are massive.

For example, electricity and the Internet can be placed in any kettle. Accordingly, the expansion of the use of new technologies draws more and more people into innovative industries, whose revenues from this increase.

But, for example, finances do not lend themselves to endless replication. On the contrary, they are effective only when collected in one place. Therefore, financiers need less than IT professionals, so they are constantly trying to lead to a single denominator, increasing taxes. IT-business on the contrary try to stimulate, because it leads to universal well-being.

The growth of socio-economic protests and economic activity is a result of people's dissatisfaction with their lives, which is a reaction to inequality. Inequality, in turn, is a consequence of one's own innovative development or external borrowing of technologies.

In other words, economic growth arises as a reaction of society to the inequality caused by the emergence of effective replicable technologies that can find wide application in people's lives. The reaction of society to non-replicable technologies is slightly different: it can be tax growth, political struggle and protests against the wealthy top. 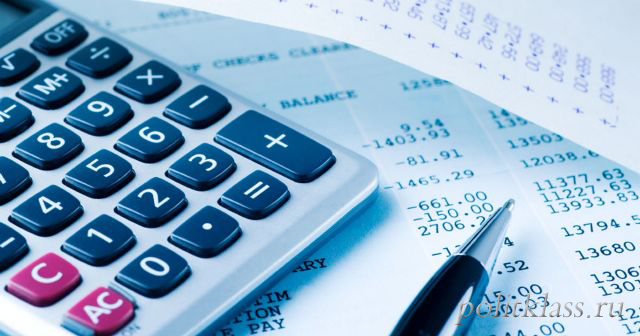 An indicator of discontent and irritation of society is the level of people's satisfaction with their lives. Accordingly, the higher the level of discontent, the faster the economy grows on average. Naturally, there are many conditions and exceptions, but the general pattern is as follows. It follows that the catalyst for the modern economy is poverty and the resulting greed for the acquisition of goods.

In Russia, its own breakthrough technologies to ensure rapid growth is not enough. To borrow technology in the West will not work either, because there are no mass technologies that Russia can borrow and create new sectors of the economy that were not there before.

In recent years, the country has been moved to: a modern banking network, logistics, transport, high-tech retail, raw materials production, the Internet, and much more. That is, the stock of modern technologies for transfer to Russia, if not completely, it basically ended.

The "poverty reserve of Russians" was exhausted. According to Rosstat, only 5.1% of Russians estimate their living conditions as "bad" and "very bad." There are 123 personal computers, 61 cars and 245 mobile phones per 100 households.

The high level of provision of goods reduces the level of economic activity of the population, raises the cost of labor and makes it more difficult for the Russian economy to accelerate. That is why the GDP growth rates have been around zero for the past few years, it does not cause any special public discontent: according to sociology data, the share of Russians, satisfied with their lives, has not fallen below 70% even in the crisis conditions in recent years.

The decline in economic activity and the growth rate of Russia's economy is facilitated by its structure. The basis of business in Russia is large organizations, many of which are focused on the use of natural resources in the technological cycle.

The share of small and medium-sized businesses in Russia's GDP, according to Rosstat, is less than 20% and is limited by the low solvency of the population. All this creates obstacles for the development of economic initiative. Among citizens, the demand for entrepreneurship is extremely low: according to VTsIOM, only 2% of respondents named entrepreneurship a promising area of ​​activity. Russians do not have enough knowledge and skills to engage in business, which aggravates an already negative situation.

That is, it is difficult to earn a ticket to the upper middle class in Russia. In this regard, the demand for redistribution of wealth accumulated by wealthy citizens in favor of less successful citizens is growing. And the method of enriching "take away and redistribute" does not cause economic growth.

In general, the majority of Russians are distinguished by rather archaic ideas about the desired level of consumption, formed in the Soviet years. To date, their wishes for access to iconic goods are satisfied fairly tightly, this leads to a sense of comfort of being, and, as a result, to a low rate of economic growth.

The situation can break with a change of generations and with a change in the ideas of Russians about a comfortable life. It will take a lot of time, although the process of changing perceptions of a quality life goes on continuously. If for the older generation a good life is in the world and plenty of food, then today's students have a higher quality of life requirement. Increasing the number of educated, demanding and enterprising people will be an incentive to accelerate the economy.