01 September. In anticipation of the largest technological exhibition IFA 2016, which will begin September 2, 2016, the company Samsung has presented a new generation of smart watches Gear S3.

As explained by the representative of the company, the new generation differs from the previous more traditional design, which is more like a normal wrist watch.

Samsung Gear S3 is available in two versions: Classic and Frontier. The first version looks like a classic wrist watch, the second focused on athletes and those who love extreme sports. The characteristics of the devices are completely identical.

Resolution: 360 x 360 pixels. The display supports the display of 16 million colors and has a function of Always On Display.

Navigation systems: GLONASS and GPS (thanks to these systems, the watch can measure speed).

Battery capacity: 380 mAh (as stated by the manufacturer, this battery will last for 4 days battery life). 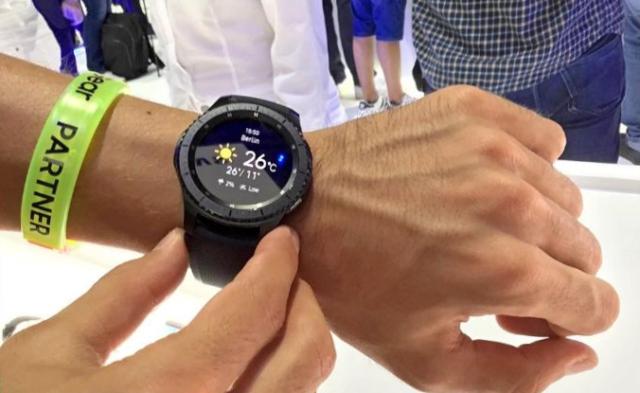 A Samsung spokesperson said that the new smart watch Gear S 3, any suitable straps (unlike the competitor's Apple Watch, which only lanyards issued by the company).

However, the presentation of the new watch were not disclosed the cost of the new gadget. The model of the previous generation Gear 2 for sale at the official online store of the company for 20 thousand rubles.

I would also like to note that in the first version of the smartwatch Gear S had a built-in digital camera, however, in all subsequent models, the manufacturer abandoned it.