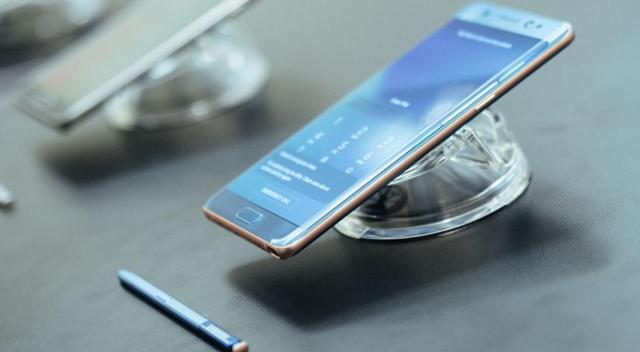 23 of September. After detection of the defect in the battery of the new flagship of the company Samsung – Galaxy Note 7 and the subsequent withdrawal of smartphones in the US got the first batch of safe gadgets.

As the portal Reuters all Note 7 and withdrawn, and not replaced, will now be protected by the update. This update will be automatically installed on all smartphones Galaxy Note 7 after a reboot. The update will prompt the user whether the battery in his gadget or not.

The U.S. has already received the first batch in the amount of 500 thousand safe smartphones. To exchange your Galaxy Note 7 updated for you in the retail outlets Samsung in the US from September 21.

Earlier, Samsung officially announced a recall of about 1 million devices. This year, the company may sustain a loss of some $ 5 billion in connection with the defective batteries, which led to the overheating of the smartphones and burns to users.

The company Samsung said that previously had sold about 2.5 million smartphones with defective battery made in China.

In South Korea, sales of the Galaxy Note 7 will resume on September 28.

To reduce losses of the company in connection with the explosive Note 7, some media portend an earlier release of the Galaxy S8.

How to distinguish a secure version of the gadget from explosive

It's enough to pay attention to the color of the battery indicator. If the battery glows green, then everything is fine. If the indicator is white, then it should be replaced immediately in order to avoid incidents. Plus, an update that will be automatically installed on all the Galaxy Note 7 will display a corresponding message.

By the way, "Rosstandart" admitted Galaxy Note 7 is completely safe for use on the territory of Russia.