Главная Analytics Review of the iPhone 7 / 7 Plus

14 of September. The new iPhone can not but rejoice: it is brim full of different small, friendly updates that are designed to make interaction with it more enjoyable, faster and more comfortable. The most distinct change of feel those who have missed a few generations of iPhones or goes to IOS from another platform.

Yes, this is not a revolution in the world of hi-tech, but the evolution of the call accurately. Enough words, let's proceed to the review.

On the initial feeling is the iPhone 7 and iPhone 7 Plus looks virtually no different from its predecessors iPhone 6S and 6S Plus: dimensions, shape, materials and weight of the two generations are identical.

Slightly changed the length of the upper dynamics and design of peephole camera, disappeared horizontal plastic strips for the transmission of cellular signals. But remained the same strips on the upper and lower faces of the devices.

The colors of the new smartphone are very close to each other, except, perhaps, black. Don't know what color the smartphone holding: silver, pink or gold.

But over the black color creators did a good job. iPhone 7 and iPhone 7 Plus got two black colors: Matt black (black) and glossy black.

"Chip" smartphone executed in these colors, is that the above mentioned antenna strips in the color of the body, so the impression of solidity of devices. And it is not surprising that the official Apple store in the United States a few hours after the start of pre-orders were promised a supply of glossy black iPhones only in November (for comparison, models in other colors you could get in a week).

Glossy-black iPhone looks really good. No wonder he is in high demand.

However, practical users are likely to prefer matte black. Glossy iPhone quickly covered with fingerprints. Do not save even the oleophobic coating applied in the version "glossy black" and on the rear panel. In order to remember how dirty the glossy smartphones, suffice it to recall the competitor of Apple – Samsung. Latest Samsung Galaxy S6, Galaxy S6 Edge, Galaxy S6 Edge smartphone, Galaxy S7, Galaxy S7 Edge instantly "stained", despite the coating.

In addition, Apple on its official website said that the glossy smartphone is more prone to scratches and recommended to use with it protective case.

Another disadvantage of the glossy model is that since it is made by special technology, involving nine times polishing and anodizing the enclosure, the most affordable version with 32GB to find a glossy version would be impossible, only the version with 128 or 256 GB.

However, it's all subjective. If specially not to try to scratch the shiny new iPhone, for a long time he did not scratch.

However, this standard of protection is in no way affiliated with the resistance, therefore, to throw a brand new iPhone on the concrete floor is not necessary.

The number "6" in the index 67 represents the highest protection against dust and sand. The number "7" is not the maximum value (IP68 standard), this figure means that the phone will survive immersion in water to a depth of 1 meter up to 30 minutes.

So if you suddenly decide to swim with your smartphone in the pool, the pool should be deep and the duration of water treatments should not be too long.

Apple on its official website warns that "the damage received by smartphones come into contact with liquid is not covered under warranty". 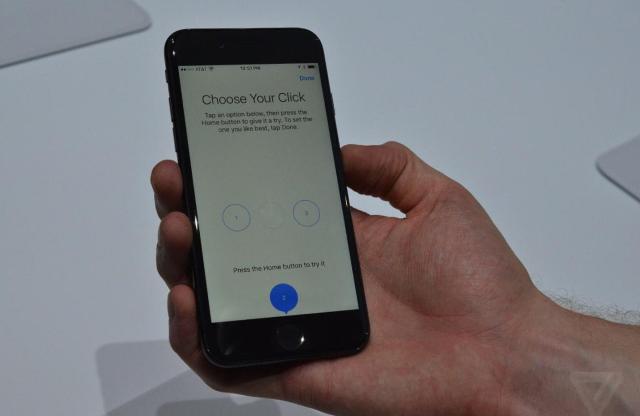 A new button now has no physical moves, it is a simple recess in the body of a smartphone. However, the difference is not noticeable – each press of this button is accompanied by elastic click. In the phone settings you can set the degree of elasticity. Someone will like a tap, someone elastic.

The vibration support added and APIs for developers, so it now will be actively used in games. For example, you can feel the vibration when the car collision in F1 in 2016 (which will soon appear in the APP Store).

In the "Home" button, as before, is the fingerprint sensor. It works as before, well and without errors.

New smartphones work accurately and quickly. No podlahoviny, freezes even in the most demanding games. Benchmark tests give new gadgets first place.

For high-speed operation is a 4-core processor A10 Fusion, 2 cores of this processor are responsible for the performance, and the other 2 cores is not connected for the most demanding tasks to save battery.

The new iPhones are available with 32, 128 and 256 gigabytes of memory. Version with 16 GB will not be released.

According to the manufacturer, the iPhone 7 will be able to hold a single charge for a full day of work, coping with all the daily challenges, whether it's telecommunications, Internet or games. iPhone 7 Plus will live a lot longer. Not two days, of course, but still.

If both play in a resource-intensive game with 3D graphics and download heavy file, the batteries of both smartphones can be planted fairly quickly (in about 4 hours).

iPhone 7 and iPhone 7 Plus come preloaded with IOS 10.

What has changed in the new version of the operating system

With the camera the miracle did not happen. Yes, of course it became better, but still it remained a mobile camera that is noticeable noise in the dark and not always immediately focuses on distant objects. Partially helps to cope with the situation flash TrueTone.

In each cell the iPhone 7 and iPhone 7 Plus 6 lenses (in the previous generations of the iPhone lens was 5). Camera with six lenses have already been used in Samsung Galaxy S 5, OnePlus 2, but, unlike the listed smartphones from Apple it is important that the software. The software was to better handle frames.

iPhone 7 Plus different optical zoom, allowing you to make more quality images of distant objects. Implemented a digital zoom (up to 10x). Moreover, it can be controlled with one finger.

Presented at the presentation of the new smartphones feature background blur so far, Apple has been testing this feature and will add it in a future update IOS.

And finally the moment which has caused an uproar among fans of the model – the usual headphone Jack, which the company decided not to use it.

The company tried to soften the "transition", putting the kit to new smartphones familiar EarPods, but with a Lightning connector and Lightning adapter for the minijack.

The main disadvantage that the user will experience is the inability to simultaneously charge a smartphone and listen to music. The solution – purchase a dock or adapter (not yet available) from Belkin which on the one hand Lightning-dad, with the other two "moms".

By the way, after appearing in the iPhone 7 and iPhone 7 Plus stereo speakers, new phones started and without headphones to sound great.

iPhone 7 and iPhone 7 Plus is a modern and powerful smartphones with one of the best cameras on the market.

Of course, most of the features of new products are not new for the market. Some of the functions whether it is moisture-proof, optical zoom, stereo speakers, dual cameras have already been implemented in many Android devices.

But Apple is not chasing gigabytes and gigahertz, the company strives to make their devices as convenient as possible users. And iPhone 7 / 7 Plus proof. Their power, functionality and new colors do not leave the feeling of "overpaying for the brand". While she is there.

On the market now there are smart phones with similar functionality for half the price. And plus most of the positive emotions you can get when upgrading to IOS 10 on the iPhone, starting with the fifth.

Good technique should bring positive emotions, like a good car, giving the joy of driving. In the iPhone it works perfectly.

In the retail sale of the iPhone 7 / 7 Plus will appear on September 23. 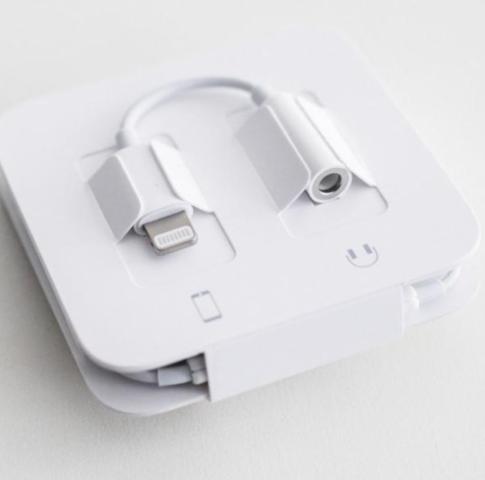