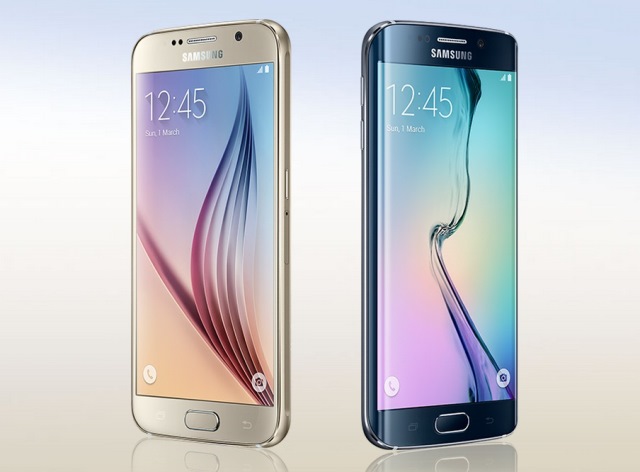 01 of March. Samsung at the exhibition, which was held in Barcelona, presented two of its latest smartphones - the Samsung Galaxy S6 and Samsung Galaxy S6 Edge. Models are fundamentally different from their predecessors of the series S. What is it? Intentional deviation from his philosophy, or a necessary measure?

A few words about the devices, and then try to answer the questions posed. The company has paid great attention to the appearance of their smartphones. A new team of designers worked on the creation of new products, and they're really impressive. Many elements and details S6 and S6 Edge are very similar to the iPhone, but something still present in the new products.

During the presentation, the company has focused its attention on the quality of the materials from which made novelties, as well as the build quality and the use of advanced technologies. For the first time and front, rear and sides of the smartphone protected by Gorilla Glass. The frame is made of aluminum. Samsung Galaxy S6 lighter and thinner than its predecessors. The resolution of the display with a diagonal of 5.1 inches – Quand HD (h) the density of the display is 577 per inch. Currently it is Galaxy S6 is the leader on this indicator, as even the Xiaomi Mi note Pro index PPI less. During calls edge is Edge lit, at these edges it is possible to place your favorite contacts from your phonebook.
Under the display there is the standard Android set of buttons, the Central one of which is combined with the fingerprint scanner.

Samsung Galaxy S6 is equipped with OCTA-core processor Samsung Exynos. The company claims that it is the first SoC with 64-bit architecture, which is assembled according to the technology of 14 nanometers. About Qualcomm Snapdragon 810 in Galaxy S6 has not yet heard anything. Previously, each market was produced smartphones with different processors. The high efficiency of the chip has allowed to achieve impressive results: with a relatively small battery (2550/2600 mAh) smartphones are long enough. But this is only the assurances of developers real test has not happened. A company processor is LDDR4 RAM – 3GB.

Smartphones are also equipped with infrared emitters to be used as a TV remote. On the back wall – sensor, which measures the pulse.

Long the phone will be to assist and the battery. The developers used the battery can be recharged significantly faster than the competition. Literally 10 minutes of charging will last for 4 hours of use and charge your smartphone up to the maximum will be twice faster than iPhone 6.

Smartphones equipped with dual cameras (like their predecessors and competitors) – front and rear. Both got a new high-aperture optics f/1.9. The main advantage of the camera over the competition was shooting in low light conditions. On assurances of the company, their new products have learned to create photos that are much greater than the quality of pictures taken using the iPhone 6 Plus, in low light conditions. Cameras were equipped with optical stabilization and tracking autofocus.

Update concerns, including the shell TouchWiz. The developers have created an updated version of the software that was intuitive.

Like the iPhone, smartphones the S6 and S6 Edge will be released in three formats built-in storage: 32, 64, 128 GB. Will be available in 5 different colors. In sale the novelty will arrive on the 10th of April, the price has not been disclosed.

What was the sacrifice

Keep saying that the news is a breakthrough. Best idea of new products was formulated in a Magazine: "This was supposed to be the Samsung Galaxy S5". New items are praised for the quality, the power, for an interesting decision with curved edges. But what had to be sacrificed?

In fact, all that different from Galaxy S from the iPhone and other competitors in the Android system. Previously, Samsung was doing good, but not whimsical smartphones. The battery can be easily replaced, the back cover was removable, memory could always be expanded using an SD card. Galaxy S6 such capacity does not provide. Smartphone "clad" in aluminum housing and filled Gorilla Glass. New items stripped and SD card slot. From the point of view of practicality, the new flagship of Samsung is losing its predecessors.

Changing his approach, Samsung may lose their fans, appreciated the simplicity and practicality of previous models. Not everyone is afraid of cheap plastic and not all are willing to put up with the costly replacement of the internal battery. Turn away fans from Samsung that changed its concept?

Sales will start in April, version S6 Edge, most likely to achieve popularity, not least because of curved edges. But, one of originality for holding customer demand is not enough. Will sell the regular Galaxy S6 model? If the demand will justify hopes, so Samsung made the right decision with the choice concept.