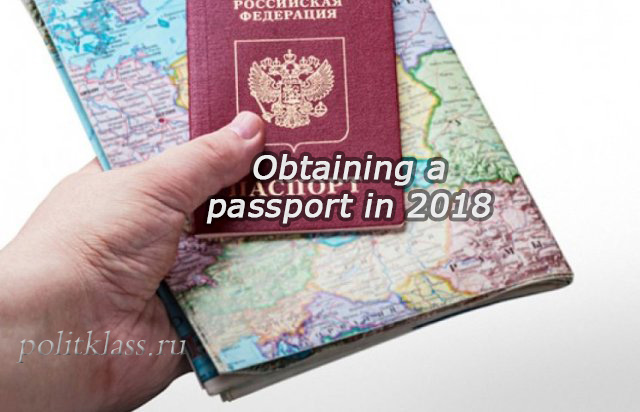 Why you need a passport 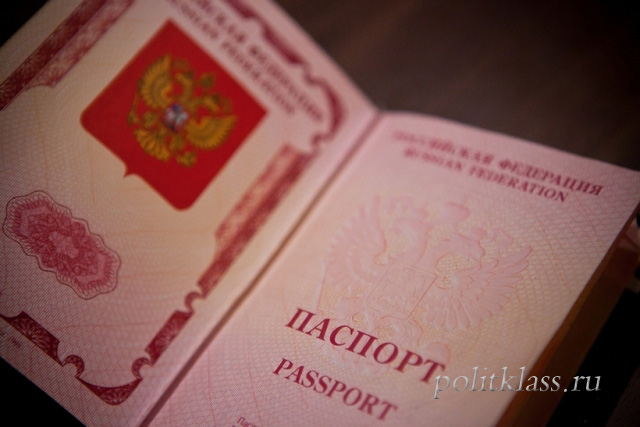 Everyone knows that the passport is an important document with which you can confirm your identity when traveling abroad.

The passport contains all the basic information about its owner:

Many people are interested in the question of how the new passport is different from the old one. The main difference between the new biometric passport is to a greater extent in its protection against forgery.

You will need your passport in the following cases:

In these situations, you can not do without a passport. Simply put, a passport is necessary in all situations where you need to confirm the identity outside of Russia. And start registration of the passport should be in advance, so as not to pay extra for the urgency.

The most common type of passport, which receives the majority of Russians - the so-called tourist passport. This type of document allows you to visit abroad for the time specified in the visa or in international treaties. Today, you can issue a tourist passport of the old or new sample.

The first is issued for a period of 5 years and does not contain electronic media. The state fee for the registration of such a passport is less than when preparing a new document. When you make a passport for children under 14 years, the state duty is even less. In addition, parents can simply enter the data about the children in your passport.

The new sample passport is valid for 10 years and has a built-in chip, which contains the following information about the owner:

The state fee for registration of such a passport is higher, but it is more protected from forgery.

In addition to the tourist, there are other types of passports:

The appearance of passports of the old and new sample

The appearance of the passport of the old and new sample is different, only two points are similar: the color (dark red) and in the center of the book shows the emblem of the Russian Federation. The images and table below will help you understand the differences. 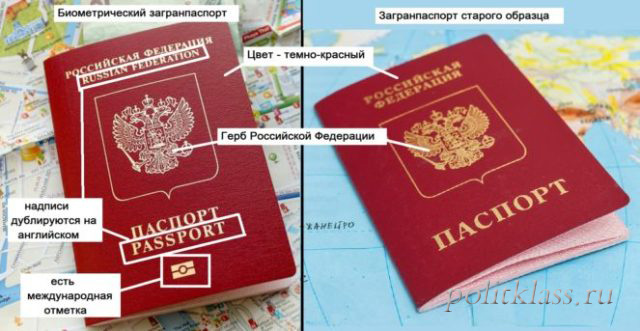 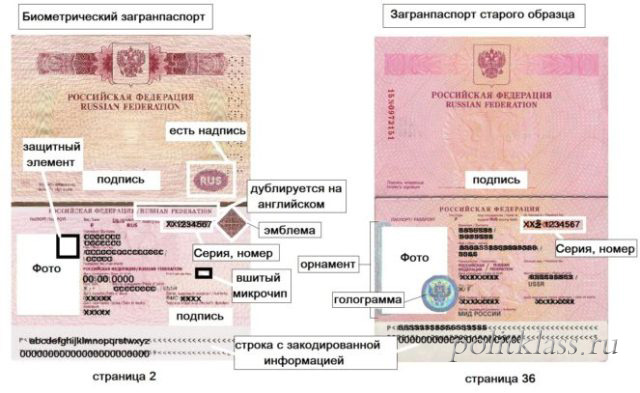 The new passport has a higher degree of protection against fraud:

How to issue a passport in Russia 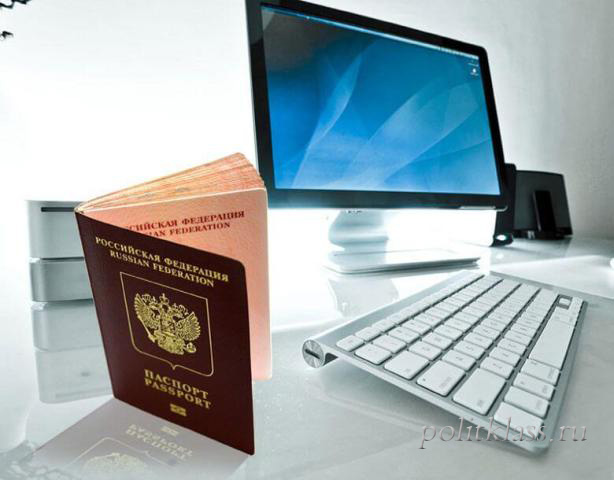 Currently, the application for registration of the passport can be submitted electronically through the Single portal of public services. It is important to fill in the application for a passport, the form which can be found in the public domain on the Internet.

The application form is different for adult citizens and for citizens under the age of 18. The form is filled by hand in block letters or on a computer, without omissions and errors. Cross out or apply the corrector is prohibited.

In contrast to the standard method of registration of the document, that is, filing an application in the order of a live queue to the Main Directorate of migration of the Ministry of internal Affairs of the Russian Federation (GUVM Ministry of internal Affairs), the use of public Services portal allows you to issue a passport yourself as quickly and easily, without fuss and queues.

Important! Before applying you need to register on the website of public Services. Through this site you can pay the state fee for registration of the passport

After the applicant sends the application, he will receive an invitation to visit the office of the Ministry of internal Affairs WITH the date and time of reception.

Before this date, you need to collect the full package of documents. In most cases, the finished document is received after 20-30 days. If the application and documents are not submitted at the applicant's place of residence, the procedure will last a little longer.

The list of documents required for registration of the passport

The list of documents for registration of the passport will be different depending on:

Regardless of what kind of passport wants to get an adult, in any case, he will need the following documents:

The full list of documents required in each case will be specified in the letter of invitation after the application. Also, the list of required documents with forms for filling can be found on the official website of the Ministry of internal Affairs.

If a passport needs to be issued urgently, the application shall be accompanied by an appropriate letter and certificate.

The list of documents for obtaining a biometric passport is similar to the above. To obtain such a passport should fill out an application.

Photos in the amount of 2 pieces are provided only if the application is submitted through the portal of public Services in electronic form. In case of personal appeal to the MFC or the Ministry of internal Affairs GUVM photo will be done on the spot. This is where the fingerprints will be taken.

Biometric data, the basic data about the passport holder and the photo are recorded on the chip chip, which is embedded in the passport book, which helps to pass customs control faster.

Features of registration and the list of documents for children's passport 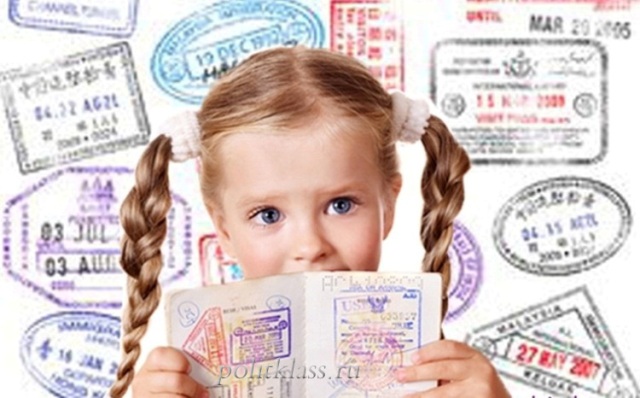 Making out a separate passport for the child, remember that when applying for the presence of the child is required. Fingerprinting for children under 12 years is not done because of their active growth.

You will also need to fill out a separate form for a minor citizen and collect the necessary documents provided for by the regulations on the passport of a citizen of the Russian Federation (Order of the FMS of Russia №320 of October 15, 2012):

If the name of the child and his representative are not the same, you need additional documents, which can confirm the change of name and prove family ties.

Where can I make a passport

You can issue a passport in the following institutions:

The cost of the passport and the terms of its registration

The size of the state fee for registration of the passport depends on what kind of document is required-old or new sample, as well as the age of the applicant:

The website of the state Service allows you to save on state duty.

The law provides for the following terms of service for the issuance of a passport:

Validity of the passport at the entrance to other countries

In addition, the passport of the old and the new sample have a different service life – 5 and 10 years, respectively – entry into most countries is possible only if the passport has a certain shelf life at the time of entry. And for different countries this stock is different. For example, for the Schengen countries set a minimum of 3 months, and in Israel-6 months from the beginning of the trip. 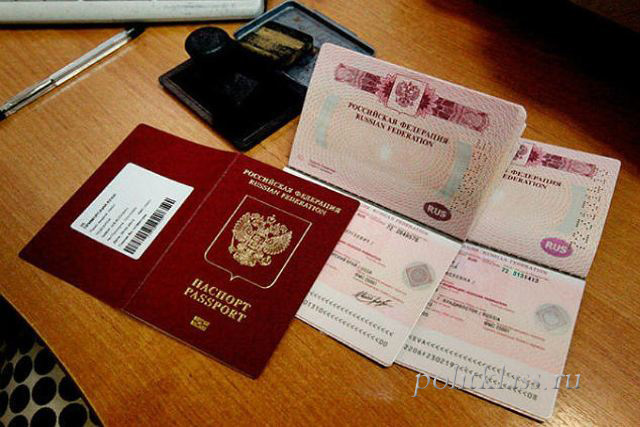 Any citizen of Russia, regardless of the reasons for which he needs a second document, has the right to get a second passport to an existing one:

The second passport can be issued only biometric for 10 years. The procedure for obtaining a second passport in addition to the existing list of necessary documents, the size of the state fee is similar to that in the design of the first. The main thing when submitting documents to clarify that the passport is needed in addition to the existing to the old copy was not automatically canceled.

Grounds for refusal to obtain a passport

In some cases, the issuance of a passport may be refused. Usually these are quite good reasons, in particular:

It is also likely to refuse to issue a passport to civil servants serving in the FSB, as well as persons admitted to state secrets.

Any citizen of the Russian Federation, regardless of age, can obtain a foreign passport. The main thing is to carefully fill out the application and prepare all the necessary documents.

Another important point is the compliance of digital photos with the requirements (if the documents are submitted via the Internet). It is also useful to check the availability of judicial debt. If there is no debt, the application is filled correctly and there are no other reasons for refusal, then after a while you will become the proud owner of a foreign passport.