05 of September. On his official page Samsung published on the eve of the news that supplies of the new flagship Samsung Galaxy Note 7 is transferred, and all have already shipped the smartphone to respond.

This step is associated, according to experts, with serious technical problem, this writes Mashable. Illustrations of this technical problem is already filled with popular video hosting YouTube. Many videos on the topic of "Note 7 explosive" can be detected in the Network.

Representatives of Samsung said that shipments of the smartphone delayed for further testing associated with the quality of the product." Correspondents "Political class" has decided to clarify the reason of this decision of the company and the date when the smartphone will go on sale from the managers in one of the official retail stores Samsung in Khabarovsk.

However, managers are unable to say exactly when the smartphone will return to sale, said only that the decision of the company associated with the identified technical problems, in particular related to Note 7 fires that occurred in South Korea. 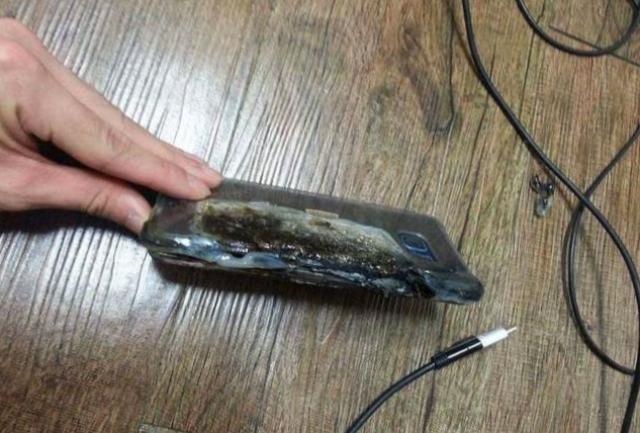 A South Korean news Agency Yonhap News Agency reported that delivery of the new gadget is completely stopped due to numerous reports that the battery in the new flagship explodes during charging.

The Network currently, you can see many photos and videos illustrating how Note 7 caught fire, exploded or were damaged when you connect it to the charger.

Official comments on this topic, Samsung is not allowed. A company representative assured that the company plans to solve the problem in the near future.