Главная World War through the eyes of the militia

Today we decided to share with our readers a video about the war, about the war through the eyes of the militia. After all, some thanks to the news, don't know about the real situation, believe that the militants are separatists, terrorists, what they are trying to present the authorities of Ukraine and Europe. We won't give your grades, just give the video, everyone can make their conclusions from what they saw.

Thank you for the video БесогонTV and Nikita Mikhalkov, who was not afraid and ignored the video, presenting a video diary by Konstantin Trifonov.

Video diary is on behalf of a simple guy, who before the war was keen on photography, videography, wedding, holidays. But the war came, and he did not run, hide, and decided to defend their homeland, their land. He was among the militia. However in war he has not forgotten about his passion, he took the camera with him and began to remove everything that is happening around, the whole truth about this war. No editing, no staging, effects – life as we know it. 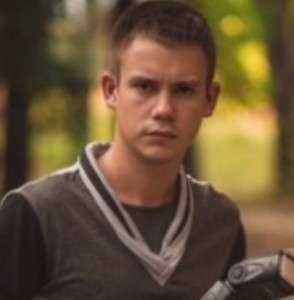 He removes everything – it is not detailed footage of atrocities, nightmares, mounted a skillful Director, it's just a video diary about life, about the real life, which many are silent.

Withdrawing his diary, Constantine showed it to my friends, they advised to send it to Nikita Mikhalkov. All this formed the basis for two editions of the video diary.