06 of September. Long before the launch of the Samsung Galaxy Note 7 there is information that Samsung "miss" in the name of the new flagship of figure 6 and the new phablet will get the number 7 in the title.

Someone tied it for marketing reasons: out Galaxy 7's on the way iPhone 7, and there will be Note 6? Not the procedure. However, in my opinion, it is not only in the marketing strategy of the company. Yes, of course, without marketing there has not been, but, not backed by advertising claims real progress in hardware gadget, the company will lose their customers, because the potential buyer simply does not believe the manufacturer.

Why is the new Note in my opinion has got in its name the seven?

What is fundamentally different novelty from the previous model

What's wrong with the previous model? The answer lies in the existence of a Galaxy S6 Edge smartphone. In 2016, the Note ceased to be the sole "locomotive" of the advanced technologies of Samsung, lost in shadow's Edge 6 Plus.

Fans of the Note line for the appearance Note 5 ganged up on the company. By user 5-ka was even worse 4 Ki: where is the opportunity to change the battery on the go? Where is the option to expand the memory? Why the battery became smaller? The list of negative opinions can go on and on. But if you evaluate Note 5 without regard to past models, it can be concluded that Samsung received a beautiful and quality device with a great camera and with the widest possibilities of interaction with the smartphone. To the ideal smartphone left a little bit.

But enough is enough lyrics, let the points take a look at the new Galaxy Note 7 differs from the previous model.

After using the Samsung Galaxy S Edge 7 can confirm that after all the false alarms at the edges of the screen still happen. Not critical, but it happens.

In Note 7, this disadvantage was taken into account and reduced the corner of the screen, thereby improving the ergonomics and getting rid of false positives. Plus due to the soft made curved region insensitive to the touch (except for special functional areas) are allowed to make use of the smartphone more comfortable, even compared to the Galaxy S Edge 7.

The screen itself is amazing. Excellent brightness and clarity. The finger glides easily and naturally. There was a regime of "blue filter" - this mode allows more comfortable to use a smartphone in the dark, for example, before bedtime, without irritating the eyes (a similar regime is in IOS, starting with the 9th version). In the light the screen is clear and readable, which in principle is typical for all devices of Samsung in recent years.

For owners of the new Note will be available in function Edge models – Edge screen with quick access to your favorite apps, weather, contacts, etc.

Stylus evolyutsioniruet from generation to generation. In the new version increased the level of perception of the force of pressing, pen is more precise. Stylus got a clicky button for those who like to flip through the handle, while thinking about something else.

Unlike the S series, the Note has always offered users the functionality associated with a pen. Note 7 is no exception, it has instant translation of words when you hover the stylus. Stylus is able to make a selective screenshot and allows you to create gif-animation.

The smartphone has a great camera, the photos are good under all conditions. I, of course, not a photographer, but I am pleased to see that the smartphone takes pictures better than many Amateur cameras.

Day pictures are bright even when shot against the sun. Night photos with low noise and excellent detail. 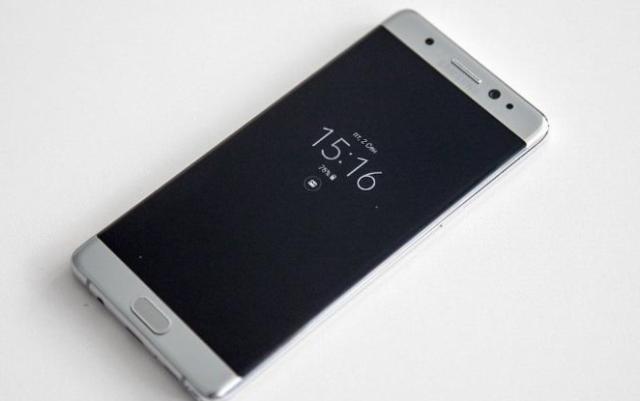 The most sensitive issue of all modern smartphones is battery and work offline. Rare smartphone can survive until the evening, even with most active use.

Around autonomy Note 7 there were a lot of rumors. However, a breakthrough company in this matter is not reached.

Under intensive load – always-on screen, social networks, Internet, listening to music – the smartphone lasted from the morning (about 6:30) to evening (approximately 21:00). During the day charging your smartphone is not needed.

In principle, the same indicators are observed in the Samsung Galaxy S Edge 7, which I own the last 2 months.

Note 7 – not a cheap pleasure. At the start of sales the cost of mobile – 65 000 rubles. For many it's too expensive. But the good thing is you have to pay.

How the smartphone feels in your hand, how compact his body, what technologies it uses – all this can not be cheap.

Note 7 – a smartphone for those who want to possess the latest achievements of high technologies. A long-term investment: minimum 2 – 3 years the smartphone will be modern. By the way, some owners Note 2, 3 is still satisfied with their smartphones and have no desire to move on to something else fresher.

The fly in the ointment

However, not all so smoothly with this new product. Galaxy Note 7 was supposed to go on sale in Russia towards the end of September. However, with a revocable campaign, which was initiated by Samsung in connection with the revealed cases of fire of the battery in Note 7, it is not clear when customers will receive the device. In any case, even with a delay, customers will receive one of the best smartphones on the market (which still just will not explode when charging – solid pros).