Главная Auto news Enough is enough. What the future of the car market is waiting...

June 01. The car market in Russia is still growing, but in parallel develop bleak processes that will worsen the situation. Fuel prices are rising rapidly, experts predict a significant level of inflation, and the Ministry of industry and trade hastened to complete the rescue program of state support. The period of recovery in the market ends, and by the end of the year, the growth may be replaced by a sharp drop.

From January to April 2018, car sales in Russia increased by almost 21%. It would seem that a great result, which can be happy (which makes the Ministry of industry, predicting further growth in sales at 7% - this was told in an interview with the Deputy Minister of industry and trade Alexander Morozov).

However, not only the Ministry of industry and trade is optimistic, many companies predict even greater growth: AVTOVAZ believes that sales in 2018 will grow by 12%, the Association of European business (AEB) believes that the car market will grow by about 10% (to 1.75 million pieces). According to the Head of the Committee of automakers AEB jörg Schreiber, the growth of the car market was influenced, in particular, by the weakening of the ruble, people are in a hurry to buy cars until the ruble strengthened. Among those, a total of 2018 can be quite not the same as experts predict.

Support will not be 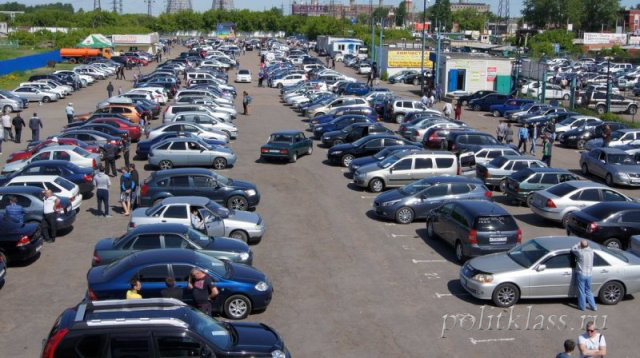 In the spring of 2018, two programs of state support for the car market ended:" Family car "and"First car". For the period from January to April 2018, 86,000 cars were sold under preferential programs. "Thus, the target of 80,600 cars set for 2018 has been achieved, the programs are successfully completed," the Ministry of industry and trade reported.

In the first four months of 2018, a little more than 106 000 cars and commercial cars were purchased on preferential terms in total:

The last two programs allowed to get a 10% discount when buying a car on credit. You can learn more about the programs from our article "car loans Market".

Analyzing the official sales data, it is clear that there is a clear progress. In just four months, 545,000 cars and commercial cars were sold, or one in five cars sold under government programs that stimulate demand. A few years ago, with the help of state programs, every second car was purchased.

Does this mean that the Ministry of industry and trade has grounds for curtailing programs? Rather, no, there is only a reason: the state support programs like over, and the car market is growing. You can not spend money from the Federal budget to support the market and publicly report on it. But Russia is a country of paradoxes: oil prices are falling all over the world, and gasoline prices are rising every day in Russia.

So, what do we have? It seems that the average salary of Russian citizens, according to Rosstat, is growing, in 2017 it amounted to 39 085 rubles, which is 7.2% more than a year earlier. But according to research by the HIGHER school of Economics (HSE), the real income of the population fell by 19.2% from 2014 to 2017. According to the HSE conclusions, we should not expect real income growth in 2018. In other words, even if employers raise wages, all the increases will be absorbed by inflation. As a result, people will postpone the replacement of the car, extending the life of existing machines.

So far, in the dealerships (mainly in rich cities and cities-millions) there is an increase in sales, but for how long? Most dealers suggest that with the completion of state support programs, the growth of the car market will slow down, and if the economic situation in the country does not improve and the ruble weakens again, the market will begin to fall. That is, after a sharp rise, the market will peak.

Director of the analytical Agency "AUTOSTAT" Sergey Tselikov believes that the fall of the car market will happen in about a year. In our opinion, this will happen sooner, and the state will be forced to return to stimulating demand in order to prevent a serious fall. We will have to urgently look for new sources of funding, which will be difficult, as the bar for many programs indicated in the may decree of Russian President Vladimir Putin is raised too high.

In other regions, not everything is so rosy.

It seems that even in rich regions the decline begins. But there are not so many rich regions. In 67 regions of Russia sales are lower than the national average. And in some, especially in the far East and Siberia, sales do not exceed several dozen new cars.

Thus, even if there is a small growth at the end of the year, it will not lead to the recovery of the market to the level of 2013-2014. At best, you can achieve 60% of those results. And then, it will turn out if the Ministry of industry and trade will restore at least some measures to support the automotive market by the autumn.