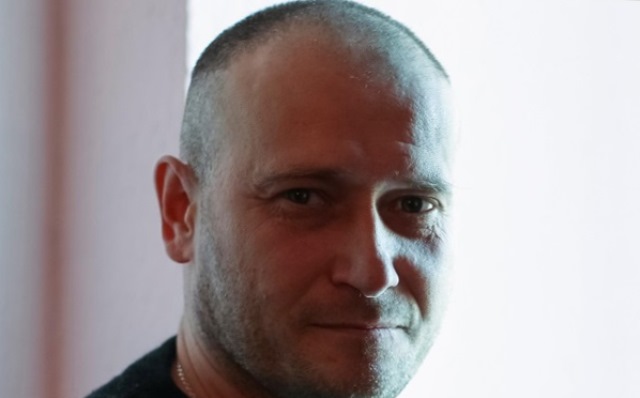 Jarosz, commenting adopted in Minsk agreement on ceasefire, said that "Right sector" believes that these agreements have no legal force. He also noted that if the APU will receive the order on withdrawal of troops and heavy equipment, volunteer battalions reserve the right to continue military actions on the territory.

"If the Armed forces of Ukraine will receive the order on withdrawal of troops and the ceasefire, "Right sector" reserves the right to continue active operations until complete liberation of Ukrainian lands from the Russian occupation" - said the leader of "Right sector" Dmitry Yarosh on his page in Facebook.

Jarosz also noted that "any agreement with the separatists have no legal force, contradict the Constitution of Ukraine and, accordingly, their implementation is not required for citizens of Ukraine".

Thus, Dmitry Yarosh showed that the Right sector is not going to obey the current Ukrainian authorities. It should be noted that "Right sector" has created parallel power structures on the territory of Ukraine. Yarosh is not only not subordinate to the President of Ukraine Petro Poroshenko, and going to independent the war in the Donbass, using their de facto independent from the government military forces.

Yarosh was supported by the Deputy of the Verkhovna Rada, the breakaway commander of the regiment of national guard "Azov" Igor Mosiychuk.

In November 2014 the Supreme court of the Russian Federation declared five Ukrainian nationalist organizations as extremist. These organizations included: "the Right sector", "Trident them. Stepan Bandera" and "Brotherhood", the UPA and UNA-UNSO.

Meanwhile, in a press there were statements of foreign Minister of Ukraine Pavel klimkina about the refusal to Amnesty militia leaders. State Secretary, Deputy foreign Minister Grigory Karasin, commenting on this statement, said that "we know that all these statements designed for the public, we see them and notice. However, I hope that all the signatories to the document on ceasefire and withdrawal of troops will fulfill their commitments".