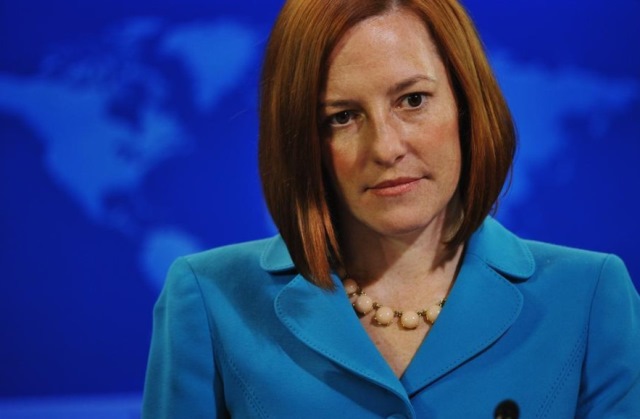 14 of February. The official representative of US state Department Jen Psaki at the briefing said that "the United States as a long-standing principle of its policy do not support the change of political power through unconstitutional means. Any transition of power must be constitutional, democratic, legal and peaceful".

This statement was in response to a request to comment on the statement by the President of Venezuela Nicolas Maduro that his country had foiled an attempted coup backed by Washington. Psaki said, what is the accusation against US of "ridiculous".

However, the reporter asking the question, the answer was not satisfied and decided to clarify "on what principle," says the official to represent the U.S. state Department. "In any case, in relation to South and Latin America in General it's not a long-standing practice". Jen Psaki said that meant just this particular episode, and "go into the story" she does not want.

Further dispute arose on the subject, what period is considered "old". It came even to discuss the age of the Jen. However, this took away from the topic of conversation and to return to the subject, the correspondent reminded about Ukraine, namely, about the removal from power of Viktor Yanukovych, without complying with the constitutional norms and with the active support of the United States.

In response Jen Psaki said that the present prosecution "ridiculous". "This is wrong and does not correspond to historical facts. Don't think I need to go into the story, but since I ask this question, as you know, the former leader of Ukraine left his post voluntarily".

Recently, Barack Obama (US President) officially recognized the direct involvement of Washington in the change of political regime in Kiev. He said that America played in the "political transition" "brokerage" role. On the question of whether the United States considers himself "an honest broker" in resolving the crisis in Ukraine, Jen replied in the affirmative "we have been and remain deeply involved in this process" - said Jen Psaki.