Главная World The amendment of the Constitution of Ukraine postponed 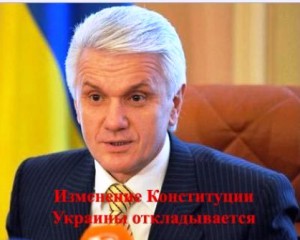 10 February 2014 in Kiev, planned to hold a meeting of the working group of the Parliament on the drafting of amendments to the Constitution. However, this meeting did not take place because of disagreements between factions KICK and "Batkovshina".
The press service of the Verkhovna Rada reported that since the factions can't settle disagreements about the necessary changes in the Constitution, therefore, the working group has no subject for consideration. All the explanation about this will be announced after 17:00 Moscow time.

Recall that the opposition insists on returning the Constitution to the previous version (from 2004), which were written to limit the powers of the President.

Excursion into the history of the Constitution

The President of Ukraine received the right to dismiss the Prime Minister, to decide on the candidate for the post, to send to Parliament for consideration the candidature on this post. Earlier the Prime Minister was chosen by the deputies of the Verkhovna Rada. The President received the right to sack and appoint any Minister, the attorney General, the head of the security Service, heads of the Antimonopoly Committee, state property Fund.