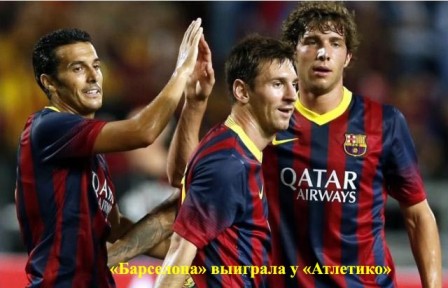 21 of April. "Barcelona" defeated "Atletico" with the score 2:1 in the home match 34-th round of the championship of Spain on football.